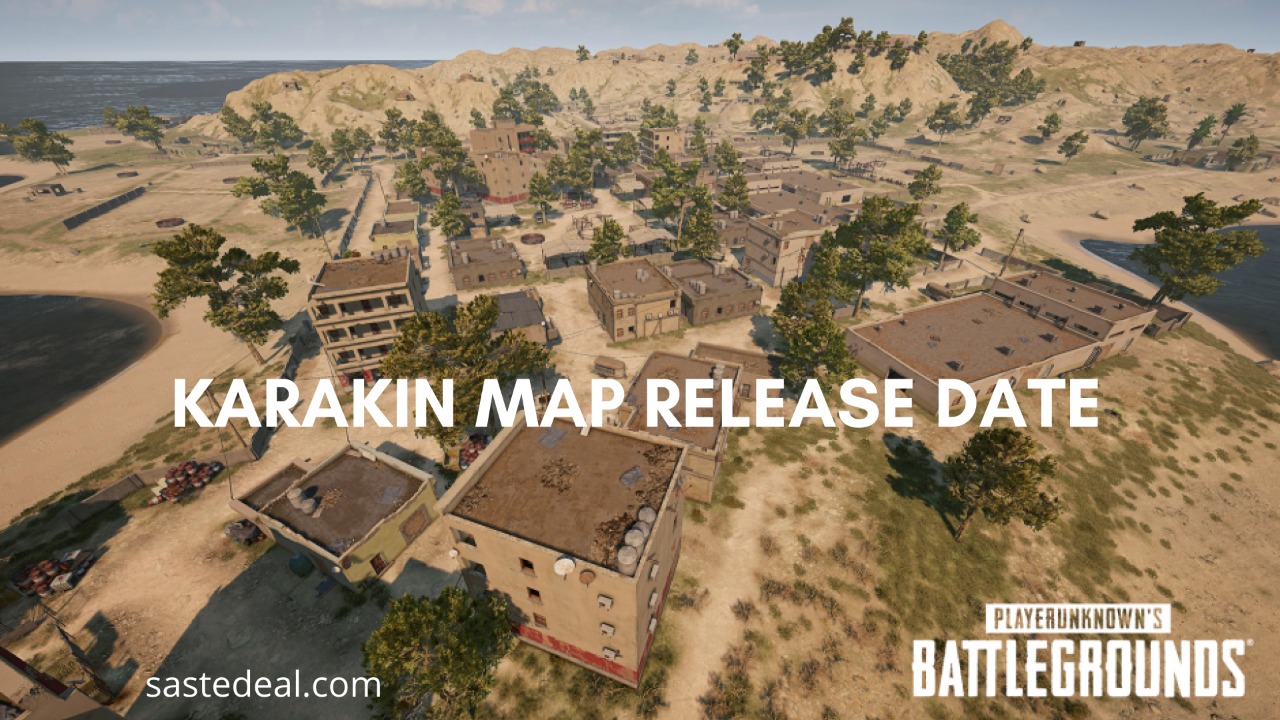 PUBG (PlayerUnknown’s Battlegrounds) Mobile is an online multiplayer game developed by the well known PUBG Corporation, which is a subsidiary of the South Korean video game company Bluehole. The game’s concept was usually inspired from a Japanese film ‘Battle Royal’.

What happens here is up to one hundred players are allowed to land onto an island and scavenge for equipment and weapons, meanwhile killing others using these for their survival. Players can take part as solo, dual, or as a team of 4 and claim the Chicken Dinner (winner title).

When PUBG Mobile was first released in 2018 it basically had 2 maps, but since then many changes (updates) have been made by the developers. A total of 5 different maps have been witnessed by the players till to date.

UPDATE: Recently, PUBG Mobile officially confirmed that the ‘Karakin’ map would release on April 7. What’s more, is that the new desert map will replace Vikendi on the day of its release.

It’s a good nerws for PUBG survivor. PUBG has officially announced Karakin Map to release. If you are a crazy PUBG player and looking for new updates, then the PUBG Corporation has made an official announcement of it’s sixth map name ‘Karakin’ to be released in the next update (probably 7th April).

Karakin map is already available in the PC version, it got many people’s attention and mobile players are waiting for this eagerly and so the company has decided to release it in the mobile version.

PUBG Mobile Karakin Map – All You Need To Know

PUBG corporation has decided to release this Karakin Map for PUBG Mobile on 7th April 2021. Before this map is available for PUBG PC version only. From the recent news we come to know that PUBG will replace Vikendi Map & bring Karakin Map in the game. Karakin Map graphic is a mix of Mirmar & Shanok Map. Karakin Map trailer is also available on Youtube since 1 year ago when it release for PC.

The Karakin map was supposed to be revealed in 2020, at the finals of the PUBG Mobile Global Championship (PMGC). But after three players tested positive for COVID-19, Tencent had to reschedule their plan.

Karakin map is going to replace the present available Vikandi, that means Vikandi’s going to be removed. This may make Vikandi lovers sad, but the team assured that Karakin is more promising…!

More About The PUBG Mobile 1.3.0 Update

Apart from the Karakin map, the PUBG Mobile 1.3.0 update has many other things…! A new feature ‘Demolition Zone’ will be introduced with the map. As the name suggests this means the area will get demolished, even leveling entire buildings to the ground. It’s better that the Campers out there take a note of this, whenever you hear a siren prepare yourself to move to a better place. Moreover, the demolition zone keeps on changing from game to game!

Another new add-on to the game is the ‘Bullet Wall Penetration’ feature. To be more precise the players can shoot through thin walls to knock out enemies. Players can also use the ‘Sticky Bombs’ on walls, which can blast through some thin walls.

“Nope, it’s not a mirage – that’s a chicken dinner in the desert. Get ready parachute into the brand new map Karakin on 4/7! Karakin will replace Vikendi, so play it before it’s gone!” PUBG Mobile’s social media stated.

Many players are waiting and it came to an end, only days left..!